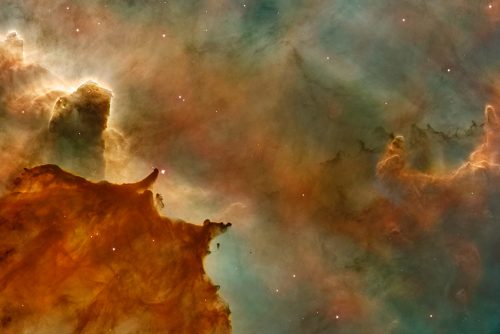 “So He got into a boat, crossed over, and came to His own city. Then behold, they brought to Him a paralytic lying on a bed. When Jesus saw their faith, He said to the paralytic, ‘Son, be of good cheer; your sins are forgiven you.’ And at once some of the scribes said within themselves, ‘This Man blasphemes!’ But Jesus, knowing their thoughts, said, ‘Why do you think evil in your hearts? For which is easier, to say, “Your sins are forgiven you,” or to say, “Arise and walk”? But that you may know that the Son of Man has power on earth to forgive sins’—then He said to the paralytic, ‘Arise, take up your bed, and go to your house.’ And he arose and departed to his house. Now when the multitudes saw it, they marveled and glorified God, who had given such power to men” (Matthew 9:1-8).

The devotion that follows is based on the above text. Therein, two miracles occur back-to-back, namely, the miracle of salvation and the miracle of healing. The former manifests in the spiritual. The latter manifests in the physical. What do I mean by this? At our Gospel Crusades, thousands receive Jesus as Lord and Saviour. They call on His name and ask Him to save them. He does just that. Do we know that the job has been done by observing their physical bodies in that matchless moment of surrender? No. They look the same before and after the prayer. Granted, there is a brightness in their eyes, a lightness about them that was not there before. Yet, the miracle is a spiritual one. Jesus explained it as follows: “The wind blows where it wishes, and you hear the sound of it, but cannot tell where it comes from and where it goes. So is everyone who is born of the Spirit” (John 3:8). In other words, the miracle has a mysterious nature as it cannot be seen with the natural eyes. However, if one could see into the spiritual realm, one would observe God Himself making a home in those who have just called on Him, washing away all sin with the blood of His Son, making them sons and daughters of the Most High. This is a miracle indeed. It is everlasting in nature as it guarantees heaven for all eternity. It is the foundation of a relationship with God Almighty. It is the mightiest of miracles. Words cannot express its magnificence.

Let us return to the text. Therein, Jesus focused on the mightiest of miracles before He proceeded to physical healing. The paralytic before Him needed redemption. His body may have been paralysed by some tragic accident or foul infirmity but his spirit was in a far worse predicament. His spirit was not merely paralysed but dead – dead towards God. He was living without a relationship with his Creator. The death of his body would merely solidify that lack for all eternity, hell being his final destination. This had to change. And so, rightly so, Jesus targeted the primary problem before proceeding to the secondary one. Salvation first, then healing. What happened? The Pharisees put up a fuss. God alone can bestow absolute, eternal pardon. Jesus forgiving the sins of that man was equivalent to Him declaring Himself to be God – which He is. How could Jesus show the Pharisees that He was indeed the Word made flesh? How could He prove to those religious leaders that He was God among men? He could not show them the redemptive power contained within those few words of forgiveness due to the spiritual nature of the salvation miracle. However, He could show them a physical miracle. Jesus declared the following before healing the man: “But that you may know that the Son of Man has power on earth to forgive sins”. What was our Lord saying? He was saying this: “I cannot show you the miracle of salvation as it cannot be seen with your fleshly eyes. But, I can show you a healing miracle. If you see the awesome power I have in the physical realm, perhaps you will believe that my power is as great in the spiritual realm.” How fantastic!

Dear friend, when people dwell on this story, most meditate on how the paralytic received his physical healing. Others mediate on the faith of his friends who, as the versions in Luke and Mark explain, went up on the roof and let their suffering brother down with his bed through the tiling into the midst of the crowd before Jesus. A paralytic walking and faith-filled tenacity are both topics worth discussing. Yet, this is not the ultimate point of this story. The point is this: while salvation cannot be seen with our physical eyes, it is the greatest of all miracles, bottom-line. The salvation of souls should forever remain our top priority. Should we pray for the sick? Of course! Yet, we should never be so busy praying for healing that we do not preach forgiveness from sin and explain to the lost how they can receive the gift of eternal life. I do believe that Jesus died to save us not only from sin but from every attack of the devil and this includes sickness and disease. I also believe, however, that someone who dies saved yet sick will go to heaven while someone who dies unsaved but healthy is tragically hell-bound. May we always pray for the sick, but, may we never focus so much on healing in our meetings that while the sick are being healed in the front, the sinners are escaping out the back door.